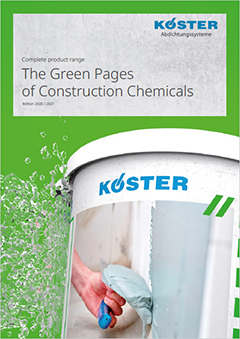 The new KÖSTER Product Catalogue, "The Green Pages of Construction Chemicals", is now available on our website. 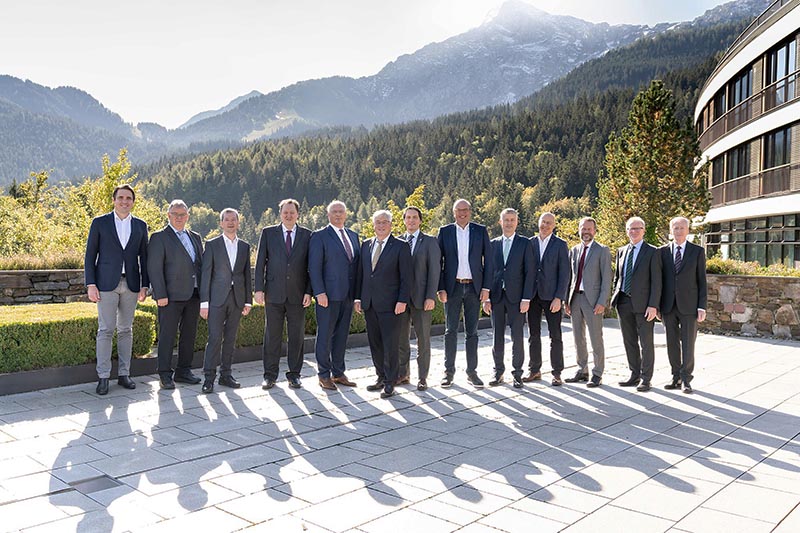 At the 72th Annual General Assembly of the German Industry Association for Construction Chemicals (Deutsche Bauchemie e.V.) from September 30th until October 1st, 2020, Johann J. Köster (founder and Chairman of the Supervisory Board of KÖSTER BAUCHEMIE AG) has been elected as an Honorary Chairman. Dr. Dieter Köster has been newly elected as a board member.

New product: With KÖSTER CT 215 Universal Floor, a versatile coating product has come onto the market that can be used as a system coating in industry, trade, and in the private sector.

KÖSTER Turbo Binding Agent is a special cement based on calcium sulfoaluminate clinker. Mortars made with KÖSTER Turbo Binding Agent develop a very high early strength and in the process exhibit very low shrinkage. They can be quickly worked over and have an early loading capacity. During production approximately 30% less CO2 is released as compared to a pure portland cement.